Kinzan (David Goldberg), has been in involved with Japanese Samurai Swords and sword arts for over 30 years.  He is a highly sought after world renown master swordsmith & swordsman, as well as a martial arts self defense Sensei and a traditionally licensed sword smith in Japan. He devotes his life to the creation, care and preservation of Samurai swords, swordsmanship arts, and Japanese culture, his love and devotion to Japanese swords, sword history, and Japanese culture carries' through into his work. His craftsmanship, understanding of correct metallurgy, geometry, and tradition, makes his work classically beautiful, functional, and collectable.  This piece is called the Plum Dagger. 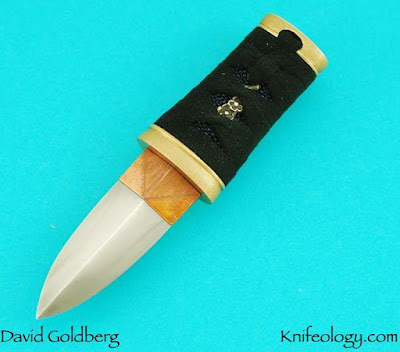 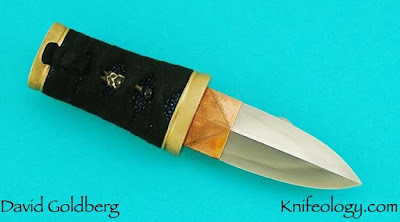 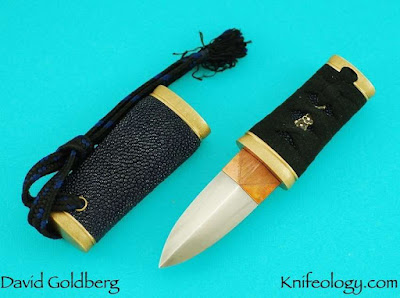 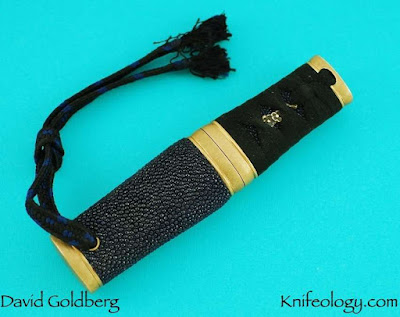 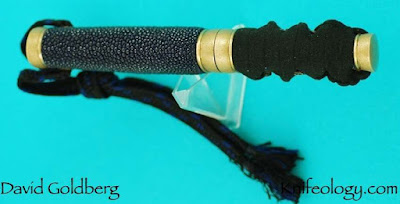 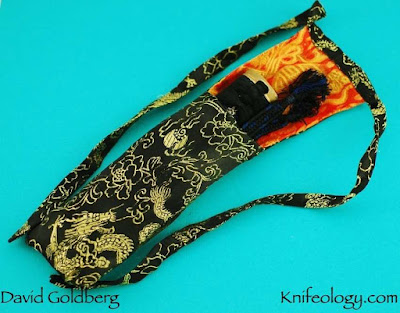 Posted by Mark Strauss at 8:52 AM No comments: