Peter Pan, one of the most spectacular knives I've ever seen.

In September of 2009, while at the Chicago Custom Knife Show, I had a conversation with Ron Skaggs about engraving themes and we discussed children's tales as a source for ideas.  Well this knife is something that came out of that discussion.  The knife is a Joe Kious Double Pocket Locket; there are hidden pockets [panels] under the handles and the engraving is by Ron in the style for which he has gained much renown.  Many questioned the wisdom of this theme feeling it would have little appeal if I wanted to try to sell the knife.  Well I'm keeping it.  I think it is spectacular and so has just about everyone else I have shown it too.  Enjoy. 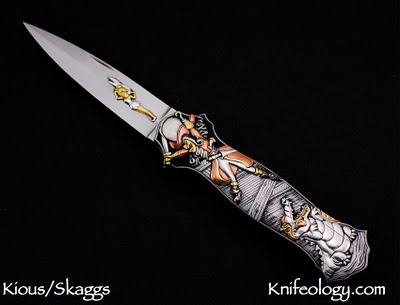 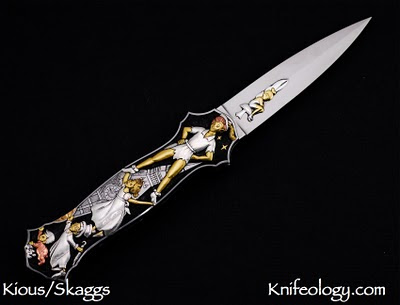 Tinker Bell on the blades 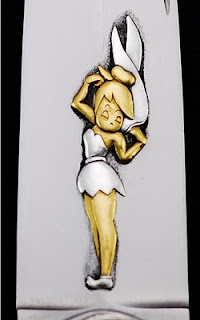 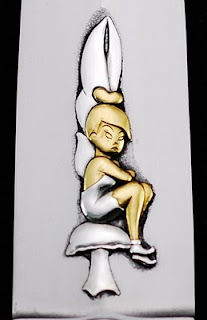 The pockets contain an engraving of the clock that resides within the Alligator which alerts Captain Hook to his presence and the other images of the Lost Boys; 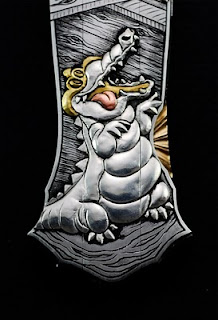 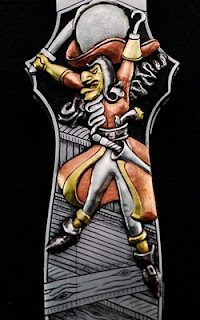 I was lucky enough to pick up a couple of very unusual Tony Bose #0 prototypes.  First is a Barlow that I understand is a one-of-a-kind with this size/material. 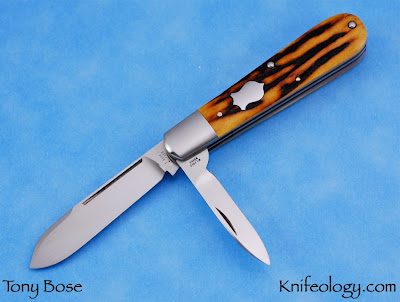 The next piece is a Lanny's Clip with Oosik scales.  This is the only Bose knife I have come across with Oosik.  I am usually not a fan of Oosik but the color of this one is really nice. 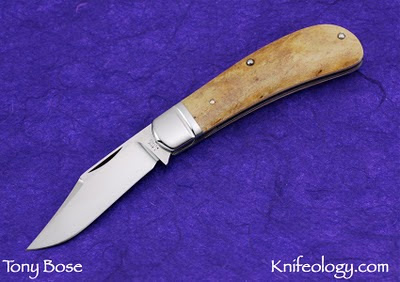 Thanks for looking.
Posted by Mark Strauss at 1:53 PM No comments: