Recently returned from Las Vegas attending the Antique Arms & KnifemakersInvitational Show + the SHOT Show + the Tactical Invitational.  8 days in LV is too much but had fun and scored some nice knives.  General consensus at the Antique Arms show was less attendance than prior year and the knife show was a bit slow for some, I had a good show.  Became aware of a new knifemaker/brand; Kazak Knives.  I really like these; 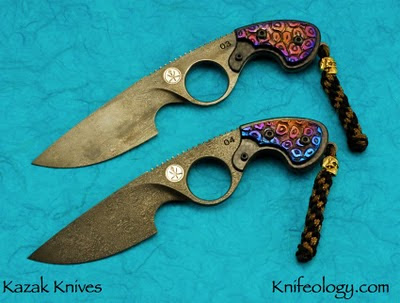 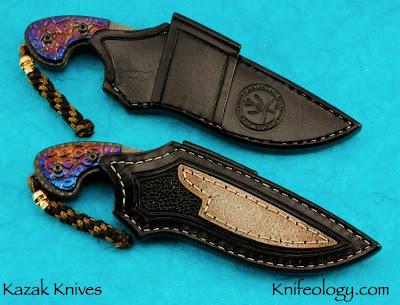 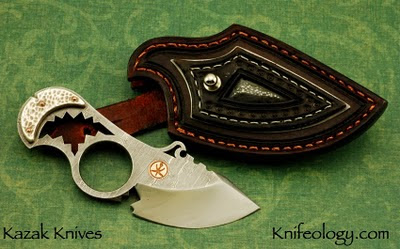 I picked up 5 of the Kazak knives and will be posting them up for sale on http://www.knifeology.com/.

The SHOT (Shooting, Hunting and Outdoor Trades) Show was next.  Always wanted to check this out.  Hugh show, lots of walking, lots of cool stuff.  Many knifemakers in attendance working with the big production houses.  Ran into; Emerson, Strider, Onion, Mayo, McGinnis, Elishewitz, Tighe and probably others I cannot remember right now.

Next but certainly not least was the Tactical Invitational http://www.chicagocustomknifeshow.com/tactical.php.  Great venue, the Moon Nightclub in the Palms Hotel.  Wonderful views of Las Vegas from the outside balcony high above the city, good food and drink and some very good knifemakers.  I was lucky and picked up an Emerson CQC6 with Damascus blade only the second of these made, a Michael Burch knife the one I wanted most off his table and a cool Strider. 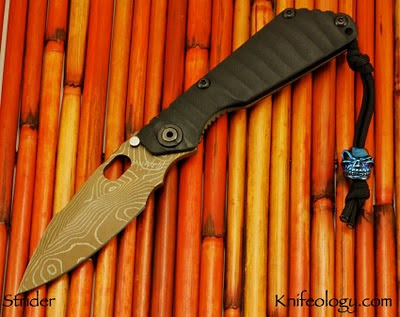 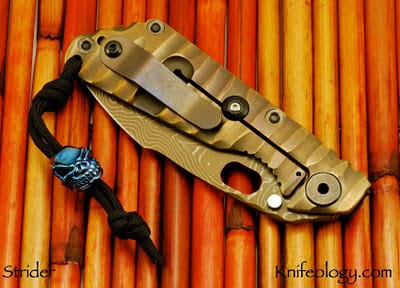 A good time.  Next trip is to NYC for the http://www.ecckshow.com/ in February.
Posted by Mark Strauss at 10:10 AM No comments:

Bob Lum was a talented knifemaker and designer.

Bob passed away two years ago, Dec. 2007. Here is a link to Bob's website http://boblumknives.com/ which has been maintained as a tribute. I have long enjoyed viewing and handling his knives but had never owned one, until now. Actually I was lucky enough to acquire two. Bob made many types/styles of knives, however, these are two of what were arguably his signature pieces; the Chinese and the folding Tanto. 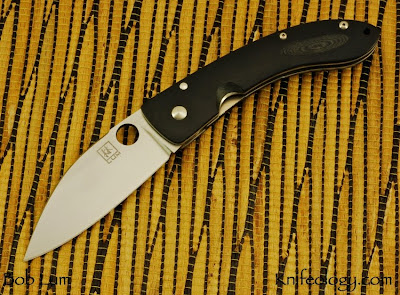 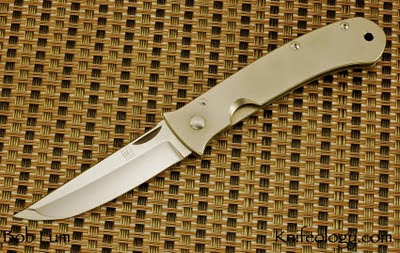 Posted by Mark Strauss at 9:45 AM No comments: