A star in the making?

Perhaps.  Just prior to the NYCKS (New York Custom Knife Show) I found some information on the web about a new maker who was planning to attend the show, his first show.  I liked the knives I saw and  what he had to present on his website.  I contacted him and found that he would have some knives available and they would be sold on a first come first served basis at the show.  I kept my eye open watching for him to arrive, I was not the only one.  His table was overwhelmed once he sat down and started to set up.  He sold out immediately and I was lucky enough to obtain a knife and place an order for more.  Many others also placed orders.  Pretty impressive for a new maker.

So, who is the maker and why all the attention you ask.  Michael Raymond is the maker, his website is http://www.michaelraymondknives.com/.  Why all the attention, why Michaels knives of coarse.  What about his knives.......they are full integral folders, the handles are made from a solid piece of 6AL-4V Titanium.  Though integral folders have been made by others they have reached a new level of popularity in the work of Scott Cook who is Michael's friend and mentor.  There is a multi-year wait to get a knife from Scott and he isn't even taking orders at this time.

Michaels knives are similar though not the same as Scott's and, at least for now, they are available though I expect Michael's order list is already quite long.  Here are pictures of the knife Michael calls the Estrella. 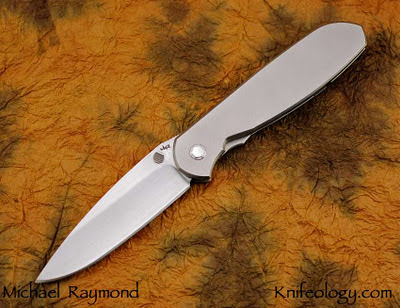 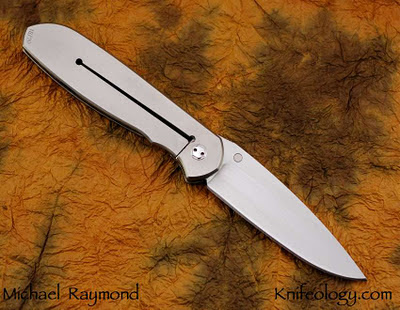 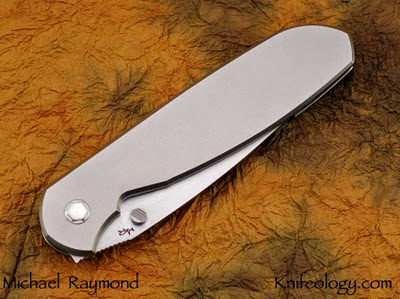 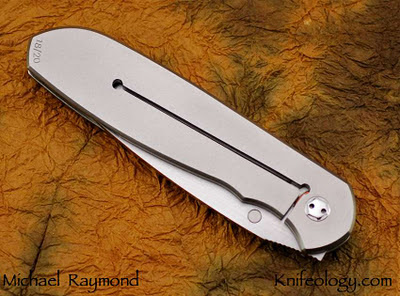 here is the money shot.........notice the one piece handle construction 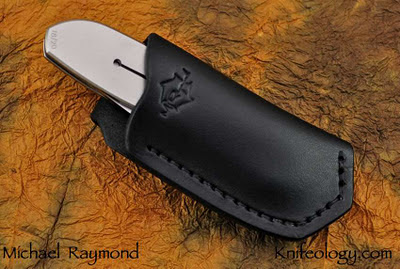 It is going to be interesting to watch Michaels progression as a knifemaker.

Posted by Mark Strauss at 2:55 PM No comments:

Work on the Port Royal cut & shoot continues.  Bruce Bump entered the Port Royal in judging competition at the the Boise knife show and, even thought the work is unfinished, it won awards for Best Folder and Best of Show!  The Port Royal is now in the hands of Brian Hochstrat for engraving and here are some sketches showing the direction that the engraving will take. 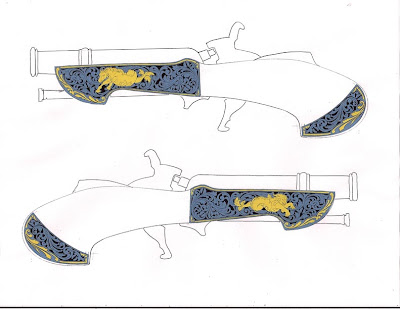 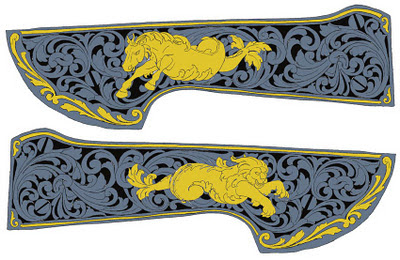 Brian will be taking the Port Royal to the FEGA (Firearms Engravers Guild of America) in January to show the work.  I am anxious to see this piece completed.

Posted by Mark Strauss at 9:36 AM No comments: 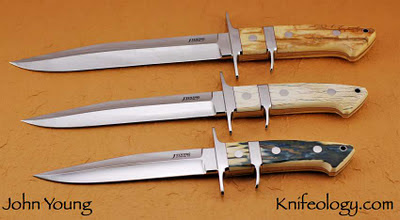 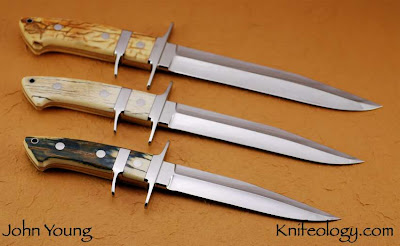 Posted by Mark Strauss at 2:15 PM No comments: