An Amazing knife/sculpture/work of Art, the Fixed Folder Slide Lock

Antonio Fogarizzu is one of the talented young Italian Knifemakers bringing innovation and daring new designs to the knife world.  Along with Emmanuel Esposito, Tore Fogarizzu and Salvatore Puddu these "young guns" are leading the way with their exciting creations.  This is a new piece from Antonio, the Fixed Folder Slide Lock, one of only three in existence.  Antonio has stated that he will build no more than five of this design and each will be different from the others.

The Fixed Folding Slide Lock is a fixed blade knife that also has a folder blade within.  The inlays are Black Lip Pearl and gold wire.

Here is the knife with both blades fully extended 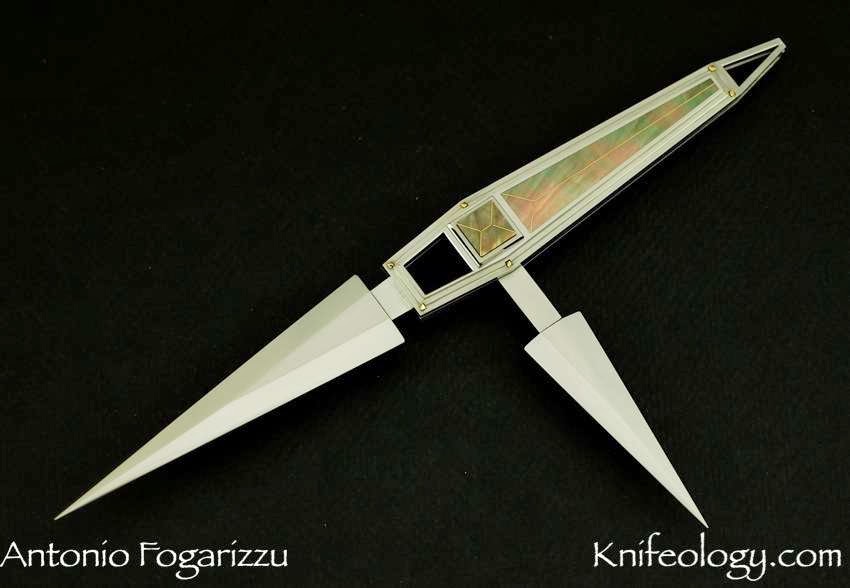 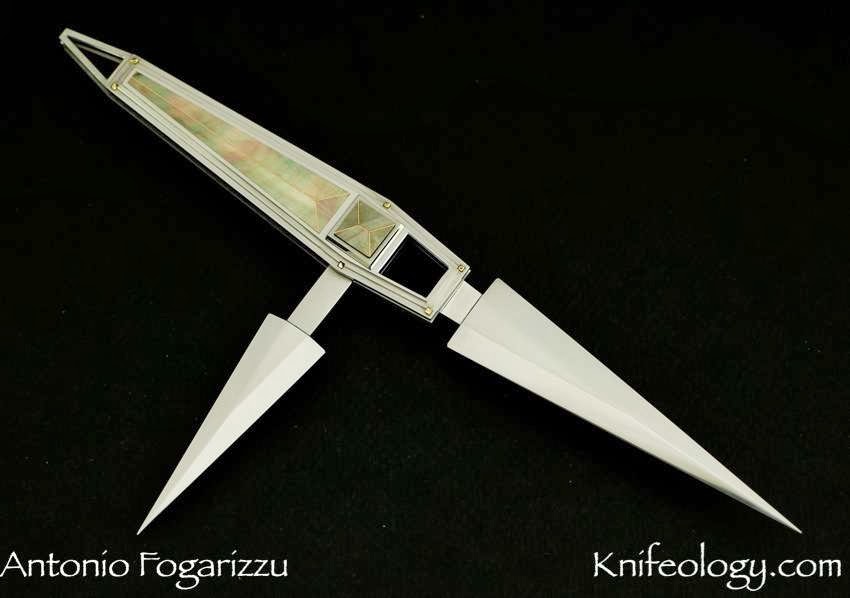 Here only the fixed primary blade shows, the tip of the secondary blade is visible through the window at the rear of the knife 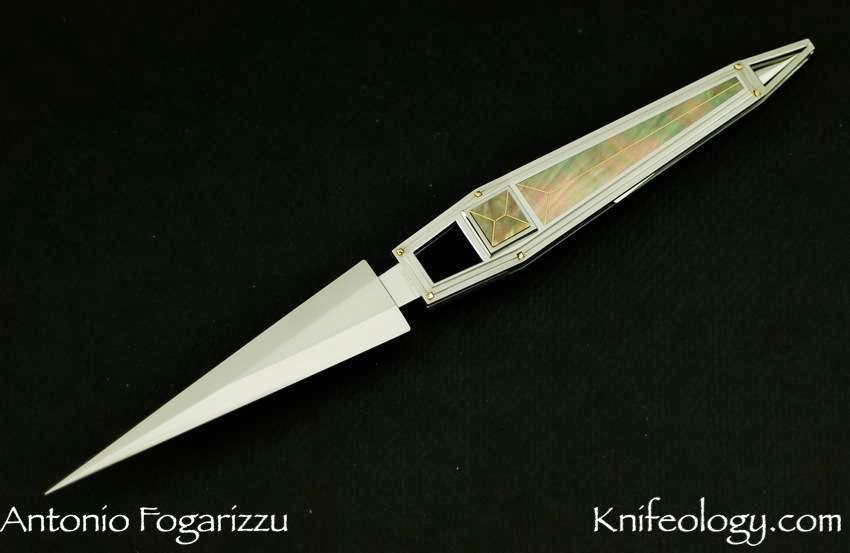 Closer shots of the handles 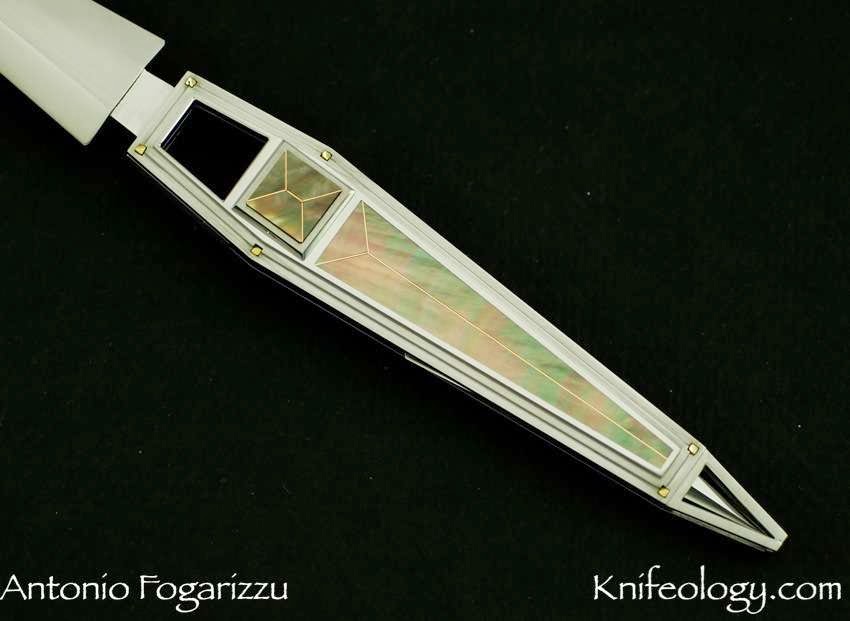 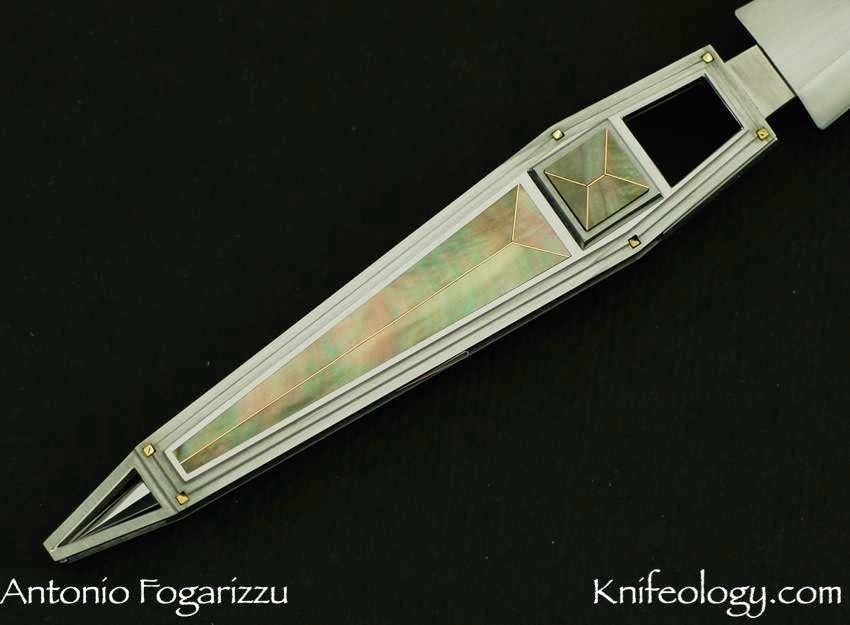 The front display side raised bolster/button slides forward toward the primary fixed blade and the secondary blade pops up just enough to to grasped with the fingernail to allow pulling it open.  This picture below shows how the secondary blade has popped up just beyond the frame 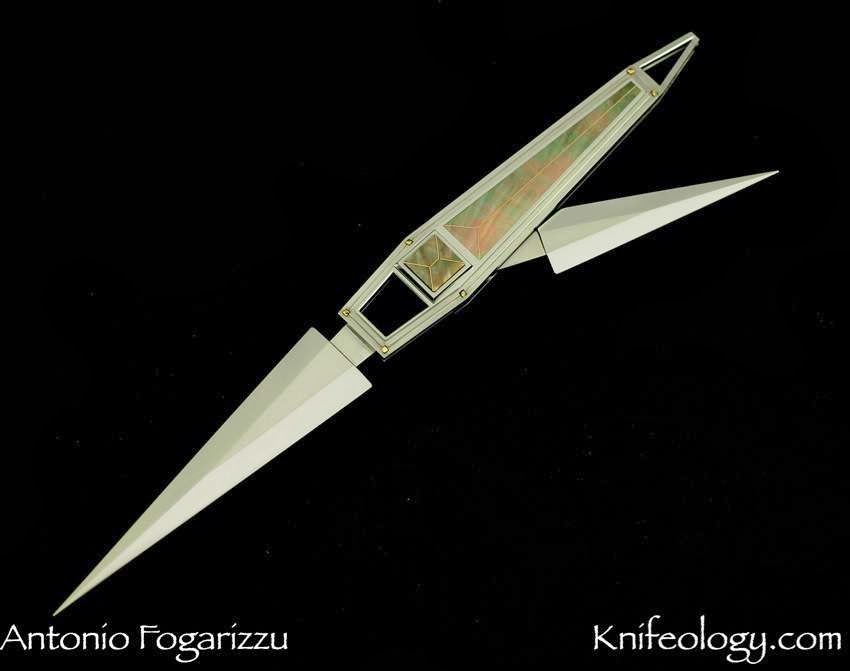 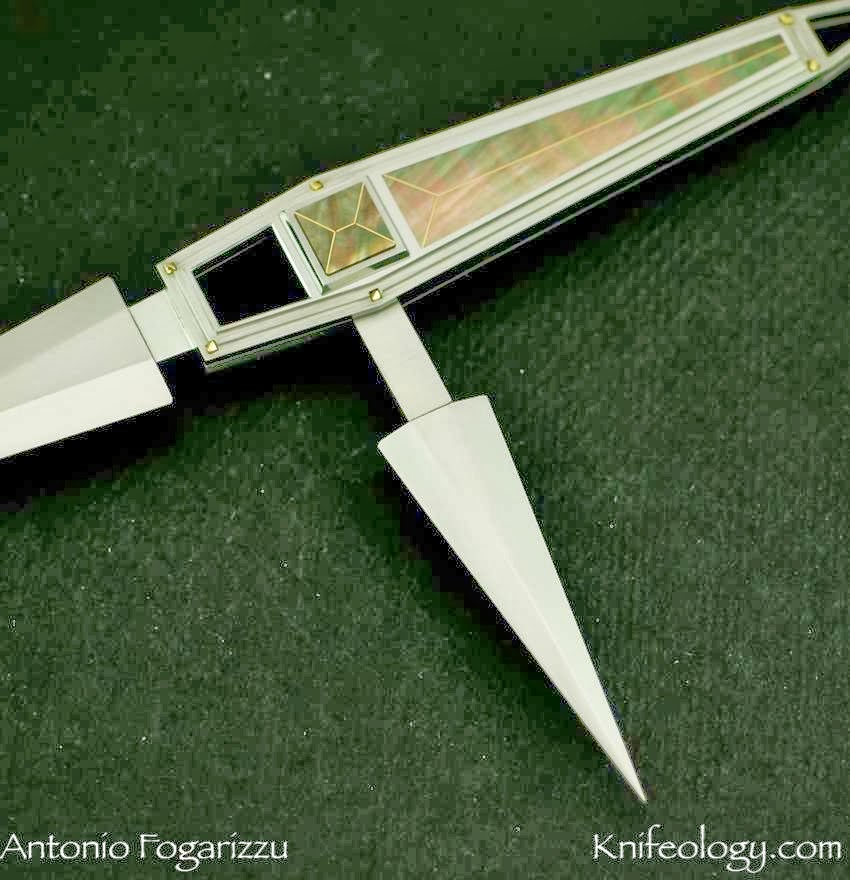 Shots above and below of the edges

A unique and amazing knife!
Posted by Mark Strauss at 3:35 PM No comments:

I have long been a fan of the forged blade.  It is really something to watch the process.  The knife below is from ABS (American Bladesmith Society) JS (Journeyman Smith) Karl Andersen.  The highlight of the knife is the San Mai blade, however, the Koa Wood  handle is also quite spectacular.  The blade is 1095/420 stainless steels, the fittings are hot-blued mild steel and the handle is Premium Stabilized Hawaiian Koa. 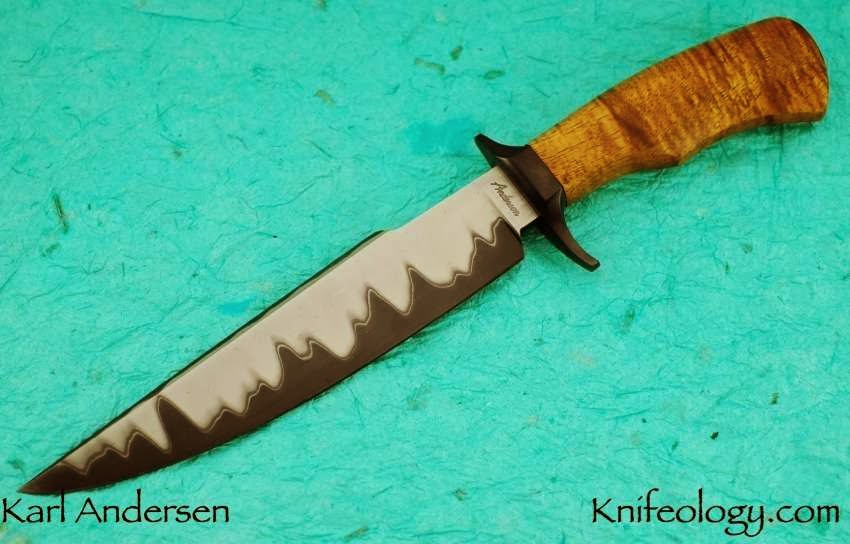 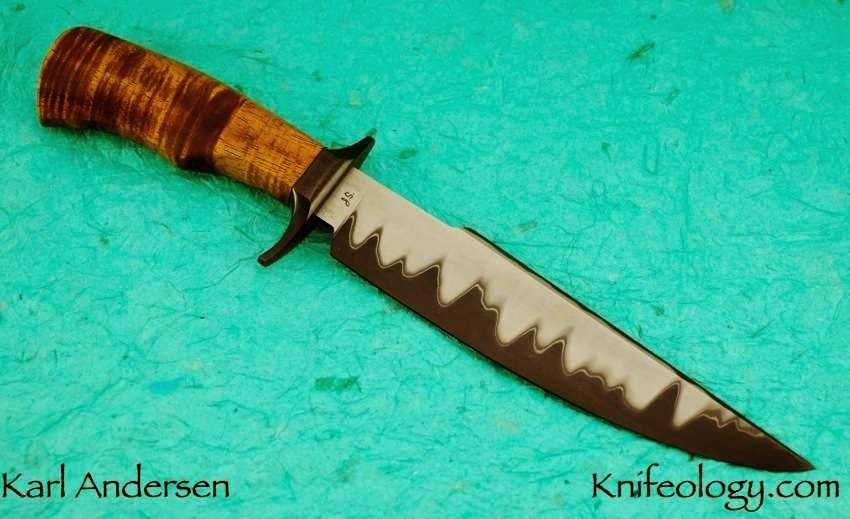 Close up of the San Mai blade

Top down view of the San Mai

Here is the Koa handle….the next 2 pictures are the same side of the handle but notice how the grain appearance changes as the angle of the shot is changed.  My photography does not do full justice to the majesty and complexity of the wood but hopefully this gives you an idea. 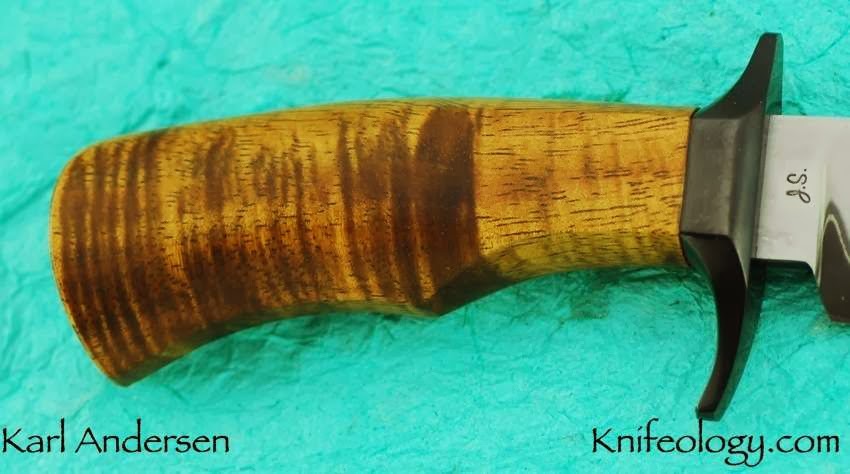 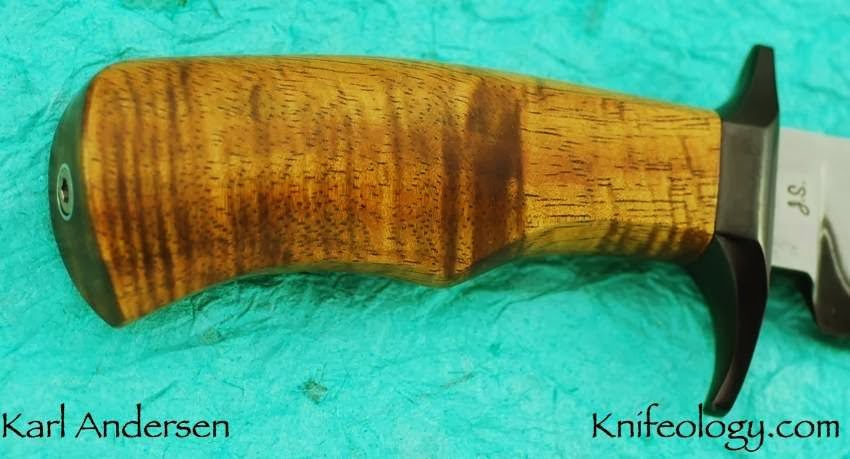 Posted by Mark Strauss at 1:16 PM No comments: